What You Need to Know About Florida Dog Bite Laws

One of the biggest causes of nonfatal injuries in Florida is dog bites. They are normally not life-threatening for a majority of victims, but they can be serious or even fatal in some cases. The CDC has also found that children are more frequently victims of dog bites than other kinds of injuries, according to the CDC.

A Lack of Sufficient Protection Against Dog Bites in Florida

While there isn’t a universally effective solution to help prevent dog bites or attacks on children or others, some communities have attempted to mitigate this risk by implementing bans or stringent controls over certain dog breeds that are considered dangerous. Despite these efforts in some areas, the majority of Florida counties don’t currently have any legislature preventing dog attacks. Also, even in locations such as Miami-Dade County where dog breed bans are in place, bites are still an issue.

However, one of the best ways to deter dog attacks and prevent bites that have proved effective is to hold owners accountable for their pets’ actions.

Florida Dog Bite Statute section 767.04 establishes dog owners as responsible parties in the event of dog bites, which means that if a dog causes injury to a person, the owner may be held liable regardless of whether or not he or she was aware of the danger the dog posed.

On the other hand, dog owners won’t be found responsible for every dog bite case. Certain exceptions to this liability could include cases that entail:

Although a dog owner could be found liable in other types of dog bite cases, liability may be shared if the victim’s actions are found to have helped provoke the dog to bite.

Dog owners could be found negligent if they’re in violation of Florida’s dog bite statutes. These instances may include:

Dog owners may also be liable if they act in any way that’s considered irresponsible and contributes to the dog’s violent behavior.

In some cases, dog owners may cause a dog to attack another individual with the intent to harm. These are referred to as intentional torts, which could allow victims to seek compensation for any pain and suffering the dog bite caused.

Short Statute of Limitation for Dog Bites in Florida

Dog bite victims are given a four-year period to file a dog bite lawsuit with the help of an attorney from the time of the dog bite. If the victim attempts to file a lawsuit after this time has passed, he or she won’t be able to receive compensation for any injuries sustained. This means that dog bite victims will need to act quickly if they want to seek compensation.

How to Find a Good Divorce Lawyer

Getting a divorce is seriously stressful. When the going gets tough, you need an advocate to guide you and protect your interests. With your emotions

What to Do After Being in a Car Accident – Infographic

The Cost of a Negligent Amputation

The Amputee Coalition (https://www.amputee-coalition.org/resources/limb-loss-statistics/#2) states that over 185,000 Americans become amputees every year and that there are almost 2 million now living with limb loss.

When (And How) Can A Texas Child Support Award Be Modified?

Send Us A Message 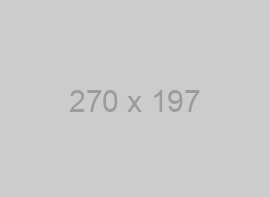